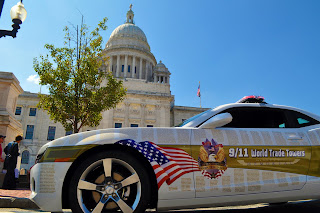 Updated on Thursday, September 8th: Thank you to Rick Rothermel on the Fueled by the Fallen crew for sending us some great photos from the trip along the east coast. 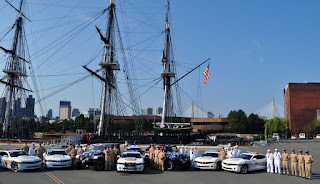 Kevyn Howard and his friends at Fueled by the Fallen garnered a lot of attention from locals and armed service agents when displaying the Chevy Camaro vehicles along popular spots on the coast. Keep tabs on where the cars will be next leading up to the 10th anniversary of 9/11 in New York City this weekend on the Fueled by the Fallen website. 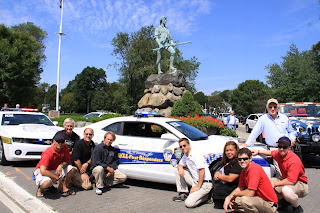 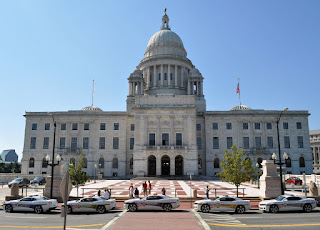 The above photos courtesy of Rick Rothermel and Fueled by the Fallen.
About the Cars: 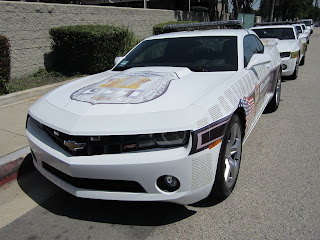 To commemorate the 10th anniversary of 9/11, Kevyn Howard put together a group of 2011 Chevy Camaros decorated in remembrance for the lives lost in 2001. Starting today the vehicles will on a tour of the east coast, ending up in New York on the weekend of 9/11/11. 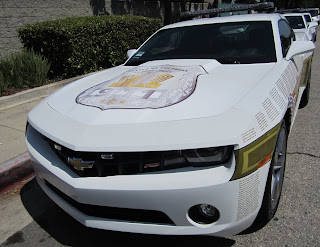 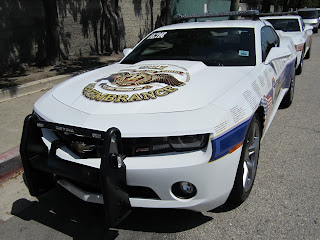 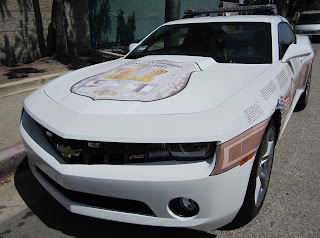 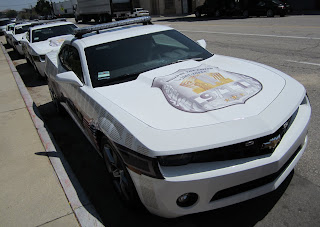 Each car features graphics and names in memory of the lives lost at the World Trade Center, Pentagon, Flight 93 and the Armed Services. 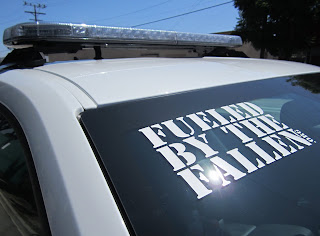 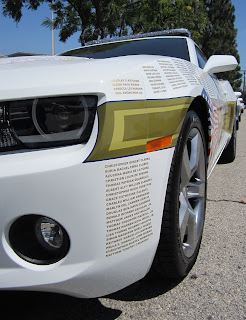 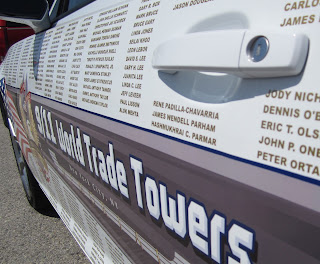 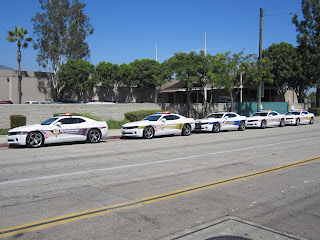 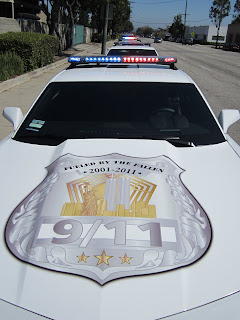 The crew putting together the vehicles did a fantastic job and California Car Cover was glad to provide the crew with some of our Golden Shine Car Care Products to keep the cars clean while on the road. 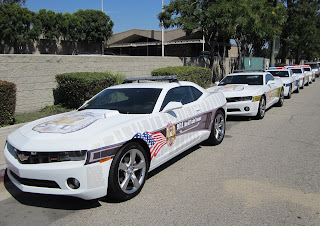 For more details on the Fueled by the Fallen, please visit the organization's website. To keep posted on other events that California Car Cover is involved with, please visit our Facebook page.
Posted by Unknown at 7:45 AM