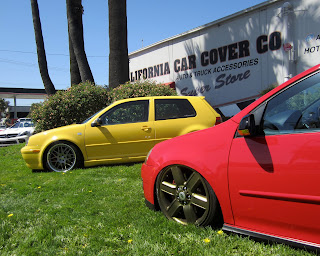 The Car Show Series at California Car Cover kicks off on April 27th with our 2nd Annual European Car Show. The shows attracted a lot of custom VW, Audi and BMW automobiles last year and we look forward to another great event.

"Last year's European Car Show was a great event for California Car Cover. We were excited to see the European car community embrace the show since it was the first time CCC had ever hosted an European only event," said Tony DeFrank, California Car Cover's Executive Director. "A big thanks for the success and growth of the show is due to our friends at dub-nation."

More event details can be found on our Facebook page and California Car Cover homepage. 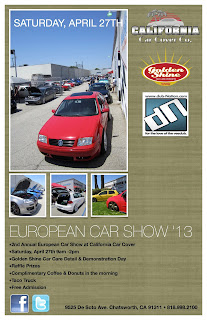 A few weeks later California Car Cover will host a Ford only car show on Saturday, May 18th. The car show is open to all classic Ford vehicles and all years of Ford Mustang cars. 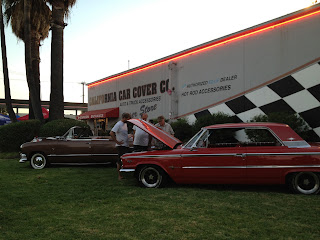 "After hosting a few Chevy events in 2012, our Ford owning customers asked for an event they could support, so we put it on the calendar," said DeFrank. The Classic Ford car show will feature all the same door prizes, car care seminars and festivities that you come to expect from California Car Cover events. 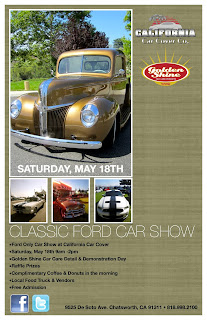 In June, our  Chevy Camaro Car Show will return for a second year. Last year's event attracted fine examples of Chevy Camaro vehicles from every generation, from all over Southern California. Whether you prefer the 2013 or 1969 models, you will see them on display at our car show. You can see photos from last year's Chevy Camaro Show on our blog. This year's show should attract even more cars and spectators. 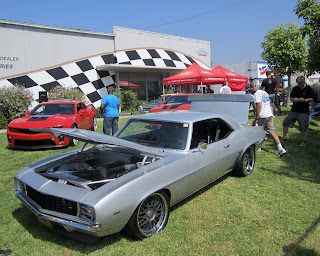 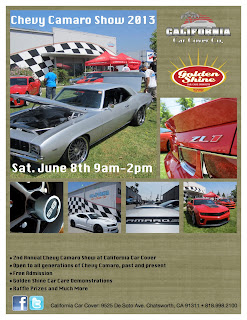 Hopefully, you can make it out to the California Car Cover Camaro Show on Saturday, June 8th. 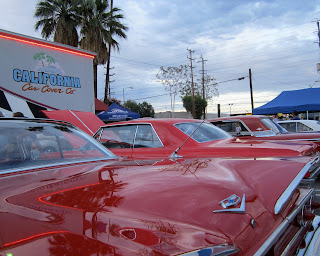 "The Summer Cruise Nights were a lot of fun for the CCC Crew and I last year. It was the first time for California Car Cover to host a weeknight event and it was received very well from our local customers. In 2013, we are going to have only one, but make it bigger and better for everyone. More details will be posted on our Facebook or Events page shortly," said DeFrank. 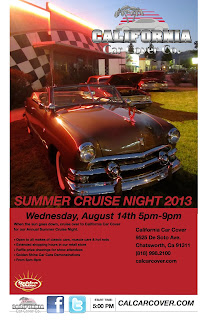 In September, our Fall Parts Exchange and Parking Lot Sale returns for a fifth year. The Saturday morning hangout will take place on Saturday, September 14th. The event brings together local auto enthusiasts to swap parts and talk shop at California Car Cover. CCC sets up a few canopies and puts a lot of seasonal merchandise, open box car covers and floor mats, apparel and much more on sale as we need to make room for holiday merchandise. 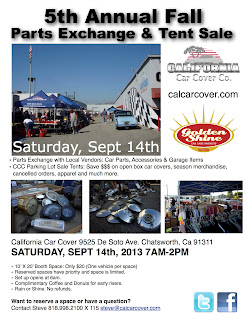 The last event of the year will be our Classic Chevy Show on Saturday, October 12th. Last year, California Car Cover hosted two Classic Chevy shows to end the car show season, but will be combining those events in 2013 to make them bigger and better. 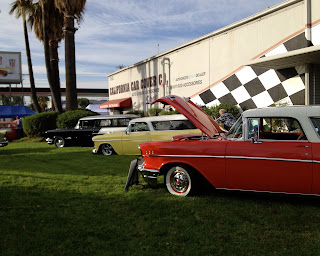 The Classic Chevy Show is open to all makes and models of Classic Chevy cars. Whether you have a 1955-57 Chevy, Camaro, Chevelle, Nova or El Camino, we hope to see you at California Car Cover on Saturday, October 12th. 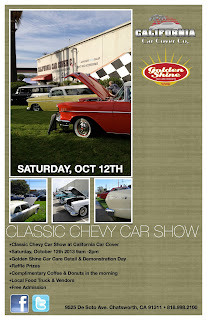