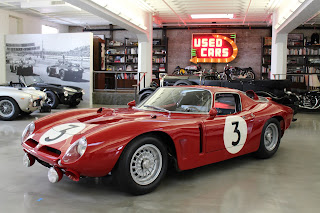 This might be the only Iso Bizzarrini that we have ever seen. This rare race car won its class at Le Mans in 1965 and finished in the Top 10 overall. The car was built by Giotto Bizzarrini, who was the head Ferrari race engineer at the time. He left during the Palace Revolt and decided to campaign his own creation. 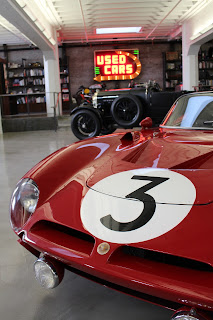 The car is owned by Bruce Meyer, a long time friend and customer of California Car Cover. We were thrilled to view his private collection and honored that we were able to feature it on the cover of our holiday catalog cover. 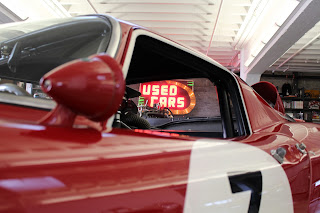 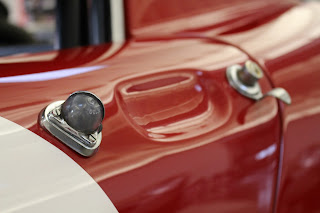 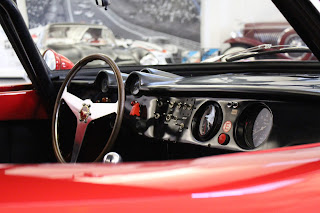 The vehicle definitely has the look and feel of a Ferrari, but it actually was powered by a 327 Corvette engine. With over 400 hp, the Bizzarrini reached a top speed of 188 mph at Le Mans. This "works entry" also featured a front-mid engine design, lightweight tube frame and inboard rear disc brakes. 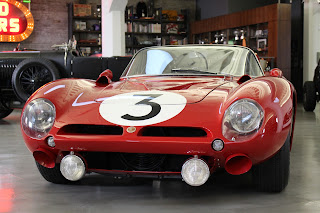 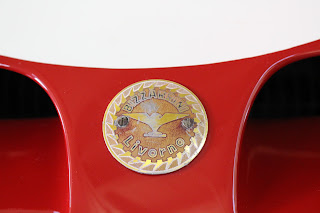 The 1965 Iso Bizzarrini was driven at Le Mans, the Nurburgring, Reims and the Austrian GP. Thank you to Bruce for provided some great historic photos of the Iso on the racetrack. 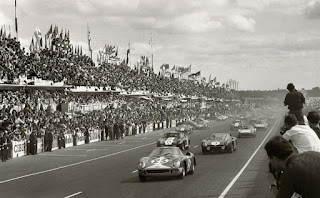 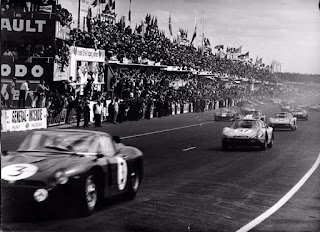 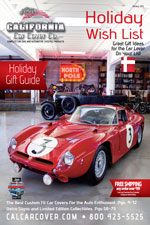 Thank you to Bruce for letting us some time in the garage. We hope everyone enjoys the unique selection for this year's Santa's Workshop as much as we do.