Comedians in Cars Getting Coffee with Jerry Seinfeld 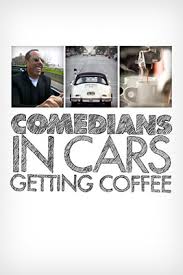 One of my new favorite Internet shows is Comedians in Cars Getting Coffee. The show wraps up its second season today with an episode featuring Jerry Seinfeld and Chris Rock. If you have not seen the show, it is definitely worth checking out. It combines two of my loves, comedy and cars, and then throws in coffee for the heck of it.

Basically, the show follows Jerry Seinfeld as he spends the morning driving around in a cool car. Along the way he picks up a different comedian and they turn the show into a 15 minute conversation about life, the art of being a comedian and so on. Some of my favorite guests have been Larry David and Alec Baldwin. The conversations seem candid and genuine and it is great to see the banter between the best comedic minds.


Aside from the A-List comedians, the show also showcases a variety of classic or unique vehicles. Being an auto aficionado, Jerry highlights the unique details of each car that he happens to be driving that car. Finally, an Internet video that is actually funny and educational.

The season two finale started to air this morning, but past episodes can be viewed on the Crackle website or the show's official website. 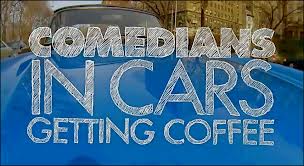