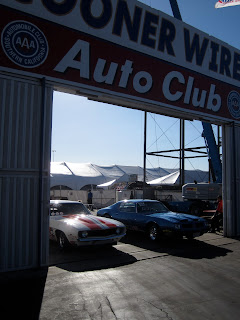 Last Saturday morning I went out to Pomona to hang out with the Jim DeFrank & Sons Racing crew at the Auto Club Finals. It has been a few season since I quit racing on the Lucas Oil circuit and it was a nice opportunity to catch up with some old friends and support my brother. I spend most of my weekends at classic car shows, but I was glad to have a Saturday off to hang out with the guys. 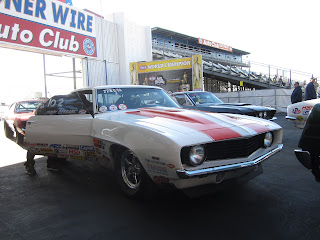 Jimmy was scheduled for a potentially busy morning at the race track. He was competing in both of his cars at the Auto Club Finals. Stock Eliminator and Super Stock Eliminator were scheduled for three rounds of eliminations each on Saturday morning. Jimmy unfortunately lost in his first round of the morning in his 1969 Chevy Camaro. 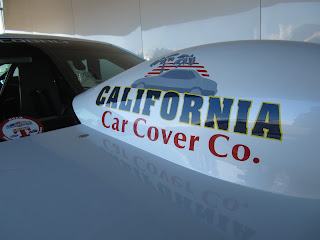 Jimmy had a bit more success in his Chevy Cobalt on Saturday. He was able to get through all three rounds of eliminations on Saturday. Last weekend, Jimmy clinched his 4th NHRA Lucas Oil Super Stock Eliminator National Championship. Him and the team had another great season and definitely did not need my help on any in between rounds maintenance. I just stood out of the way and took photos and video. 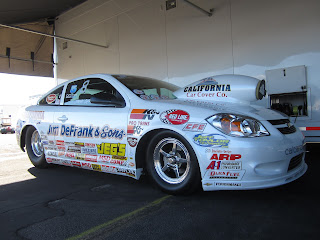 The Chevy Cobalt runs the quarter mile in the mid 8 second range, so there is plenty of maintenance and work in between passes down the track. On Sunday, Jimmy was able to drive to a runner up finish. 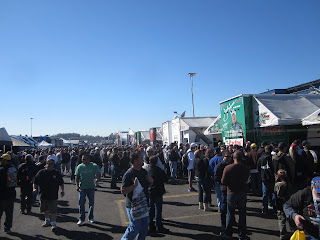 There was a big crowd at the track on Saturday. It was the season finale for NHRA so the fans came out to root for their favorite drivers. 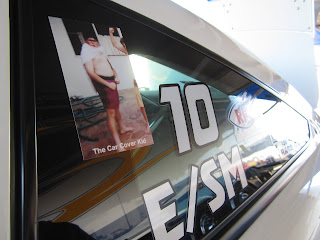 One of the latest products available at California Car Cover are the Jimmy DeFrank "Car Cover Kid" racing decals. Jimmy is a good sport about all the jokes I play on him, but these decals might be a limited edition if he has anything to say about it.

The following Monday it was off to Hollywood, Ca for the annual NHRA Lucas Oil Banquet. Since Jimmy was the national champion in Super Stock, our friends and family had to pick out tuxedos and head over to the banquet. But before the banquet started, Jimmy and I had a chance for some fun photos out on Hollywood Blvd...

The banquet was held at the Hard Rock Cafe. It was a great evening for all of this year's Lucas Oil champions. We had a great time in support of not just Jimmy, but the whole Lucas Oil Series. Congratulations to all of this year's winners on behalf of California Car Cover. 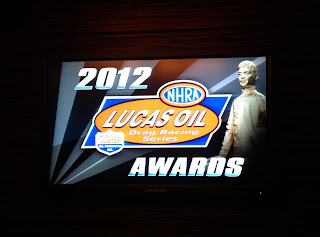 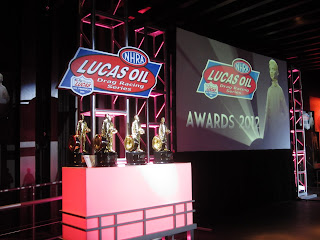 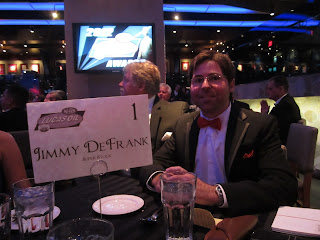 Jimmy was able to win his 4th NHRA National title this year and everyone at California Car Cover is proud of his accomplishment. Though I think he owes everyone at the office lunch next week for the time he missed from work the past few weeks while chasing the title, but that's just me... 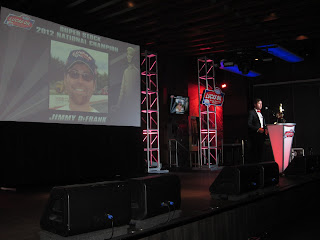 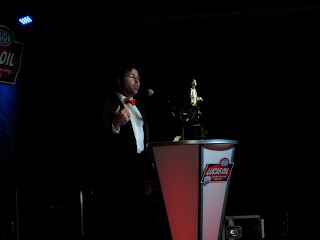 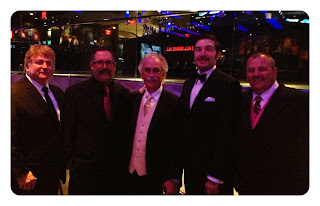 Quite a few of our friends have mustaches or are growing them for Movember. I was happy to get a pic of all of us. 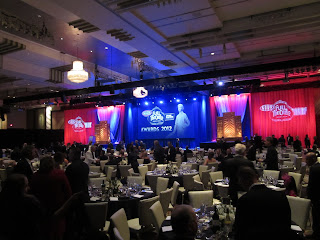 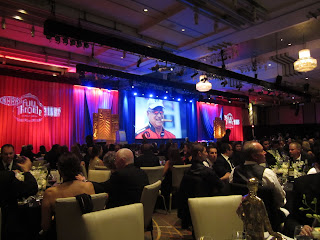 Check back later in the week or visit our You Tube channel for video from the weekend as well.