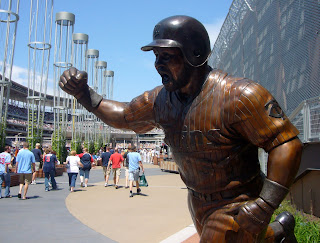 St. Paul, Minnesota
June 2010
One of our favorite shows to attend each year is the Back to the 50's Car Show in St. Paul, Minnesota. It features nearly 12,000 of the finest classic cars from all over the country. This year we flew in a day early to setup and were able to sneak over to the new home of the Twins, Target Field. 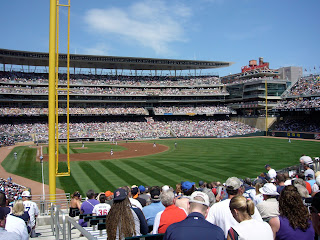 The stadium is amazing. It meant we had to hurry up and set up our booth first thing in the morning, but it was worth it. The crowd, stadium and just about everything in downtown was top notch. The guys and I are big time sports fans and we really appreciated the hospitality at the field. 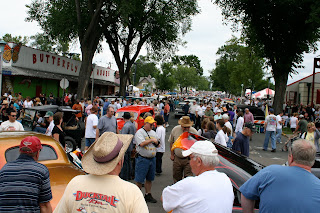 The show runs from Friday-Sunday and lasts until the late hours on Friday and Saturday night. Thousands of people fill the streets of the Minnesota State Fairgrounds. The days are long, but the friendly people make the show enjoyable. This event was the first out of state event for our Golden Shine Car Care Products and they were well received. 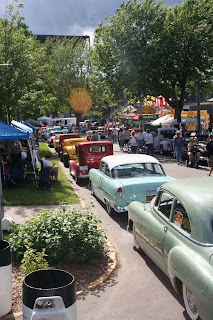 You could spend all three 3 days walking the fairgrounds and I still do not think you would see all the cars. It was nice to see a lot of vehicles from Buick, Oldsmobile, Pontiac and Mercury, makes you do not see as often in Southern California. 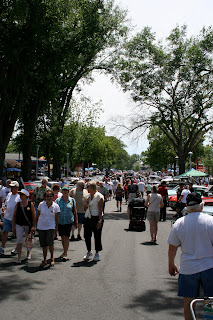 People walk around the fairgrounds all night long. Once the sun goes down, the fun really starts as car owners start cruising. We look forward to being a part of the show again next year.

Email ThisBlogThis!Share to TwitterShare to FacebookShare to Pinterest
Labels: back to the 50s, california car cover, car show, fifties, minnesota